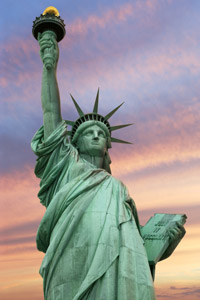 Comprised of 5 boroughs, New York City is the most populous city in the United States. While New Yorkers may be divided by geography, they are united in their pride for their city, regardless of whichever borough they call home. Each of the boroughs (Brooklyn, The Bronx, Manhattan, Queens, and Staten Island) is rich with culture and constantly on the move. New York City truly is the city that never sleeps.

In 2011, the Census-estimated population of New York City was 8,244,910 spread out over 305 miles filled with districts and landmarks for which the city is known around the world. Home to the New York Stock Exchange, Chinatown, and the Broadway Theater District, New York has a reputation for being exciting and filled with opportunity, regardless of your areas of interest. (http://en.wikipedia.org/wiki/New_York_City)

One opportunity all New Yorkers can share is the BigAppleRx prescription discount card. It is the City of New York’s official prescription discount card and is available to everyone living in working in or visiting the City, regardless of age, income, citizenship or health insurance status. Since the Card’s launch in May 2011, BigAppleRx has been saving New Yorkers millions in discount prescription drugs, regardless of which borough they call home. Honored at thousands of pharmacies in New York, finding a participating pharmacy in New York City is as easy as one-two-three. You simply get the card – it’s FREE – and present it at any New York City pharmacy that honors it.

There are thousands of participating pharmacies to choose from across the five boroughs and you can choose where you want to use the BigAppleRx prescription discount card – whether you do your shopping at Duane Reade, Walgreens, CVS or Target or enjoy any other neighborhood pharmacy in New York City.

There are a lot of choices when it comes to a pharmacy discount card, but in New York City, there’s only one choice – In “The Big Apple” no one’s better at taking a bite out of prescription drug costs than BigAppleRx.